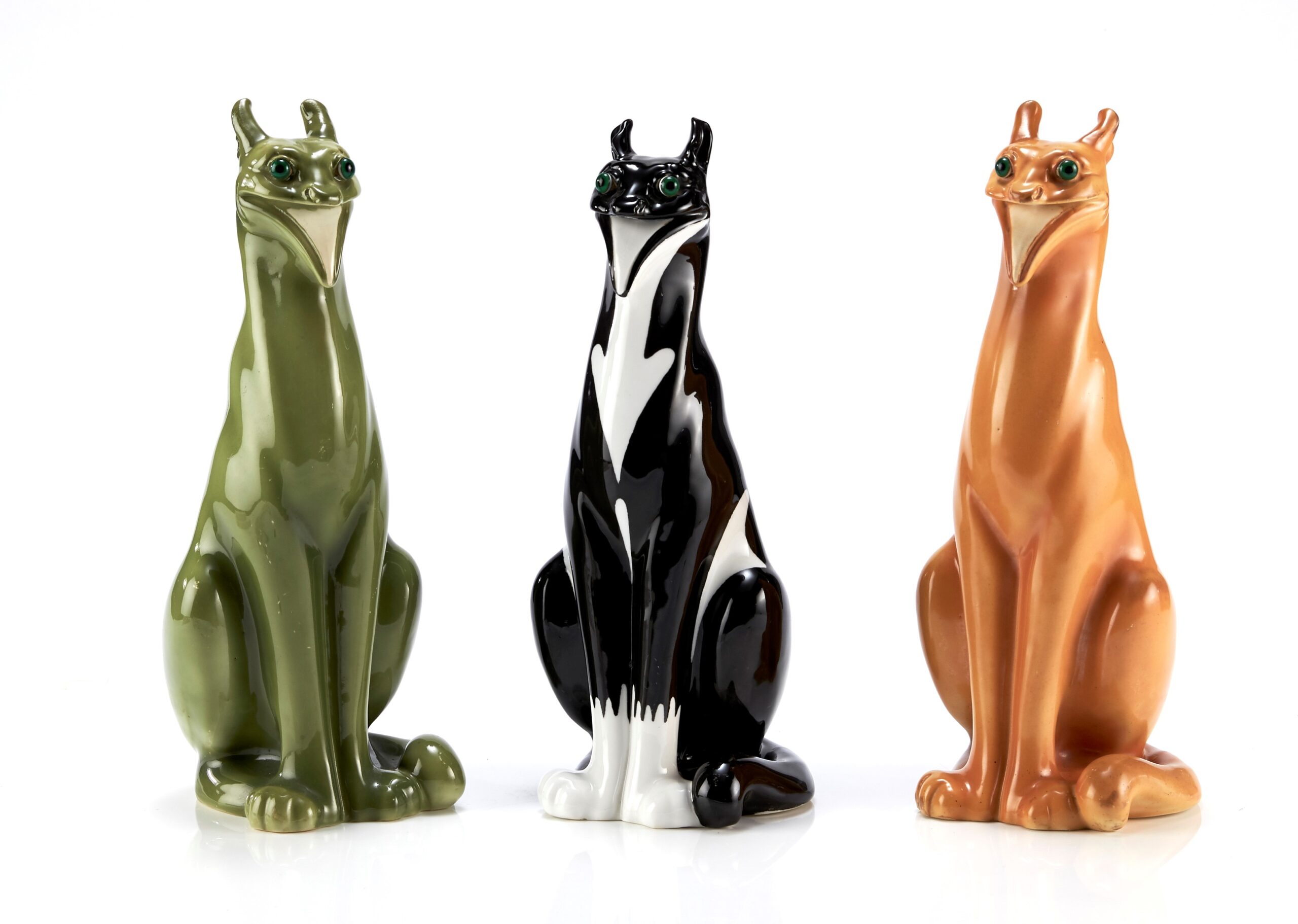 Alan Landis Antiques will have a special exhibition of Antique related subjects for The Melbourne Fair. The Most Notable Cats in the Exhibition are by Designer David Souter.

The Royal Doulton Factory before the Federation created items specifically for Australia. David Souter, although born in England, immigrated to Australia in his 20’s and joined the well known Bulletin magazine where he became an illustrator. His original character of Kateroo, often in an Art Nouveau style was produced in a huge range of shapes and glaze colours by Doulton, usually with a  comical, flirtatious verse. Production of these pieces was from 1905 to 1939; the most sought after subject was the elegant figure of Kateroo himself, the name developed from a combination of the names; cat and kangeroo. Alan will have 3 of these highly sort after ‘Kateroos”,(kateroo figures) and some plates and teawares, featuring the character. 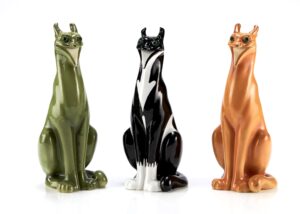 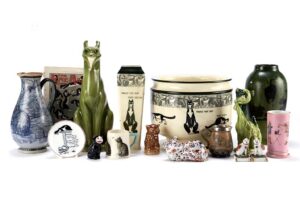